Is it a coincidence that new versions of WP Rocket always arrive during the change of season? Maybe not, as we like to keep our plugin tidy and always abreast of the times.

So, as fall starts to find its space on this side of the world, we can finally say it: it’s time to update and welcome a new major version of WP Rocket! 🎉

Version 3.4 comes after a dense summer of enhancements, new features construction and revamping of old ones. What change of season would it be without a rejuvenation of our historical features?

Let’s dive in and discover what exciting improvements WP Rocket is going to bring to your site. 🤩

WP Rocket 3.4 includes two new features and five enhancements, and most of them are related to image support. We also added a new tab on the plugin’s backend, completely dedicated to our video tutorials. 📺

Our plugin won’t create WebP images, since this is a job for an image optimization plugin like Imagify.

The news here is that we can provide a method to serve WebP files via a dedicated cache file!

You can find more info about WebP compatibility on our documentation.

Until today, only the Administrator(s) of your site(s) were able to manage all WP Rocket settings.

With WP Rocket 3.4, you can start granting to other user roles access to some or all of WP Rocket’s options.

For example, you can now allow other user roles to purge the cache, without giving them access to other settings. 😎

Our new documentation explains how to play with this new feature.

Enhancement of Our CDN Rewriting Feature

In the past months, our developers and product team worked very hard for revamping an historic feature of WP Rocket: the CDN rewriting feature.

The downside of this approach was that some files could be missed because they were loaded via custom functions we couldn’t detect. In those cases we often referred customers to use another CDN integrator plugin, i.e. CDN Enabler from KeyCDN.

Instead of detecting specific functions, we are now parsing the entire HTML of the page and replacing the asset URLs there.

So, starting from now, it won’t matter how an asset (an image, for example) ended up on the page: its URL will be rewritten to point to the CDN.

This way, WP Rocket CDN integration will be able to catch almost every asset, and it won’t be necessary to use a third-party CDN plugin.

A Twist In Our Cache Lifespan Option

Cache Lifespan is one of the very first features we introduced in WP Rocket, so we’re fond of this option!

But over time, we realized it was time to revamp it a little.

Previously, we deleted the entire cache according to the Cache Lifespan interval, which was set to 10 hours by default.

If this system was pretty straightforward for small to medium sites, large sites could sometimes face issues because of this, since they could find themselves with lots of pages uncached for a while, even with preloading.

So with WP Rocket 3.4, instead of deleting the whole cache, we’ll only delete those files that are older than the specified interval.

For example: if you set your Cache Lifespan to 5 hours, when the deletion runs, a cache file created 4 hours ago won’t be deleted.

How does it work? We set up a cron job running every hour to check which files to delete. ⏱

This should help large sites to keep their cache longer and reduce CPU consumption related to preloading.

Finally, we also have some news concerning your experience with WP Rocket’s backend.

Our new tutorial videos are now embedded in the dashboard, meaning that you can click on them right away if you need more info on how to get started with WP Rocket!

You’ll also find the complete list of the videos on the new dedicated Tutorials tab:

From the first installation to the best settings, from measuring your website speed to more advanced customization techniques, our video tutorials cover all the fundamentals of WP Rocket, and they are at your fingertips (but also on our YouTube channel and documentation 😎).

As you may already know, Chrome 76 introduced native lazy-loading.

This means that lazy-loading can be done by the browser itself instead of a plugin.

As soon as Google announced the news a few months ago, we started thinking about making WP Rocket automatically compatible with Chrome’s lazy-loading.

After several tests and brainstorming, we eventually realized this was not the best choice for our plugin.

At the moment, Chrome’s implementation of native lazy-load is very conservative and sets a very large threshold. WP Rocket’s LazyLoad, on the other hand, has a smaller threshold allowing more images to be lazy-loaded.

This means that our LazyLoad feature is currently more effective in reducing the amount of data transferred on the initial page load (which is the key value of lazy-loading!).

You can find more info about why we made this choice on our dedicated blog post: What Is Native Lazy-Loading and How It Performs.

It’s worth noting that we also changed the minimum requirements (PHP and WordPress version) to use this new major versions of WP Rocket.

They are the following:

Don’t hesitate to update them or to contact your hosting provider, if you don’t feel confident doing that by yourself.

WP Rocket 3.4 includes two new features and several enhancements, along with a few bug fixes. We encourage you to read all the details on our changelog.

We’re sure that you’ll enjoy the possibility to serve a separate WebP cache file for WebP images and to customize access to WP Rocket settings for different user roles! 😍

Among the enhancements, we’re particularly proud of the improvements to our CDN rewriting feature and of the twist we gave to our historic Cache Lifespan option. 😎

Now it’s your turn! Update WP Rocket, play with it and let us know what you think in the comments below. 🙂 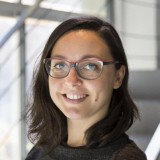 Alice Orrù is a web content writer with strong experience in international customer service and B2B copywriting. She is an active member of the WordPress community: she loves translating WordPress into Italian and speaking at WordCamps.

How about Cloudflare CDN? Can we use this feature with Cloudflare as well? I have Shortpixel + WP Rocket + Cloudflare.

"For example: if you set your Cache Lifespan to 5 hours, when the deletion runs, a cache file created 4 hours ago won’t be deleted."

This would be an issue on the scenario when we do an update which will have a site-wide effect and we need to make it live immediately. There should be an option to delete the entire cache immediately - in addition to the new option.

I clear the cache in this way a lot, so I can tell you that you are going to get tickets a lot about this.

Hi Raw! If you want to clear the whole cache manually you can already do that. You can do it from the Tools section or from the admin menu.

I am curious about CloudFlare as well :)

Any news on fragmented caching? Have you introduced support for multisites? Right now WP Rocket is still needed to be installed individually on each one of the blogs and the only way to clean the entire cache is via cli or ftp. Preloading a huge network site will take any server down for hours, will the new approach solve a situation like that one?

I already have WP Rocket at version 3.3.1.1, will my version automatically upgrade to the new 3.4?

Hi Thomas, you have to update it manually. You can do that only if you have a valid WP Rocket license; if not, you'll have to buy a WP Rocket upgrade first, so you'll be able to update the plugin's version. :)

What is the point of your plugin? It slows WordPress, 4 sec for load any page without cache, and when I disable your plugin every page loads in 1-2 seconds.

Hi Alex, sorry to hear that you're having this kind of issues: that's not how WP Rocket is supposed to work! I'd suggest you to get in touch with our Support Team, they will be happy to assist you. You can point out your doubts to them from this form: https://wp-rocket.me/support/