It’s time to launch our series of monthly business insight posts as part of our new transparency policy.

In January we shipped 3 new versions including a major update ( Exo -2.4). This new version adds the auto-update new feature which has some issues. We will publish an update shortly to fix it definitively.

We had a great month:

This month, 399 support tickets (+48 %) have been created by our customers.
Even if we had a big increase of the number of tickets, we’ve improved our first response time from 4h 54m, to 3h 33m! 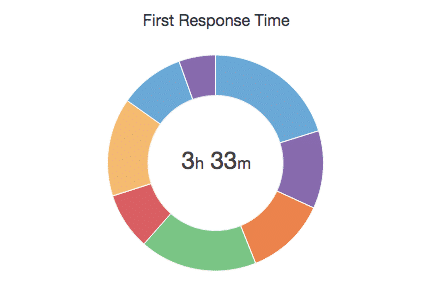 20 % of the tickets were answered in less than 15 minutes.

Our happiness score from the support has been very good with a 95% (+4 compared to previous month).

We have an internal ‘happiness’ competition each month. Jonathan won it this month with a score of 97. Because he is a huge fan of soccer, he won a famous book about it.

We are now a team of 4 with the recent arrival of Lucy. We have hired another person who will join us in March to work on support, and 2 more guys are joining us in May.

WP Rocket cofounder, I love Startups, Coffee, Italian Food and Python (not necessary in that order).

This is awesome, congratulations! But think about giving a more in depth behid the scenes view, like groove, wpcurve or buffer do. Whats your insights, whats your struggles, what kind of decicions do you make on a daily basis. Would love to see more then just pure numbers :)

Hi Jascha,
Thank you for your nice feedback :)
Yes we plan to write a few posts with more than only pure numbers, stay connected ;)

I also think it would be nice for you guys to do a real world test. Use a site with the same content, the same theme and do a comparison between

WP Rocket, W3Total Cache, Super Cache, and any others that u can think of. Then we can see which one is truly best. Keep in mind to be fair you have to configure each plugin to a fair level such as the minification features that way we can see what performs the best on fair grounds.

Thanks for sharing, I love it when companies are transparent about such things so keep up the good work.

A "real world test" is not possible. Because all websites are different. That mean that for a website, WP Rocket could be faster and for another could be slower.
Besides when you try two cars to check why one is faster. Do you limit the one with the biggest engine at the same level to be fair?

Best articles about Inside WP Rocket

Why 2019 Was Great: WP Rocket Year in Review

2019 is just a few days behind us: as per tradition here at WP Rocket, we have taken the time to think about the best moments of the past year. Curious to take a step back in time and retrace with us a year full of great moments? Jump on our time machine, and let’s begin!

The Affiliate Program at WP Rocket: What We Learned Along the Way

Interested in learning more about affiliate marketing? Learn how we started WP Rocket Affiliate Program, our marketing strategy and the lessons we learned along the way.

With WP Rocket 3.4 we're introducing new features and improvements, like WebP cache files support or the improved CDN rewriting feature. Learn all the news with our post!

WP Rocket Video Tutorials are finally online: here's the presentation of our 10 video tutorials which include all you need to know about WP Rocket settings and its main features.

Get WP Rocket Now What are you waiting for?