In January 2015 we launched the Auto Update feature in WP Rocket 2.4.

Soon, we will launch WP Rocket 2.5 without the Auto Update Feature and before you update to 2.5 you must first deactivate this feature.

Why Are we Removing this Awesome Feature?

No doubt this question will be asked because for many of you, this feature worked fine and saved you time.

But for many others, this feature created issues like the non-desirable deactivation of the plugin, or worse, some fatal errors on update.

We don’t want this to happen again, so we decided to remove it. Removal seemed to be the best option since auto-update is not a caching feature, and therefore not critical to the functioning of the plugin.  It was “just” a convenience for some of you.

We know that it can be disturbing to remove a such feature, but we want the best for you and we don’t want to cause any issues on your websites.

Technically, What Was Wrong?

In reality there are too many factors that can lead to a plugin deactivation and we don’t want this!

Earlier in 2.5-beta1, I tried to only support WP 3.7+ using the hook auto_update_plugin but for some reason, some plugins like Contact Form 7 were also deactivated after the upgrade…

So this is why we decided to remove auto-update entirely.

I Liked This Feature, How Can I Still Have it?

If you have many sites and you don’t want to manually click on “update” in your plugins lists, we recommend that you use a WordPress Dashboard Manager like ManageWP, InfiniteWP, MainWP, WPRemote and so on.

So, please, before updating to WP Rocket 2.5, deactivate the auto update feature. You can do it manually from the Tools tab in the WP Rocket settings.

We apologize to those of our awesome customers who experienced issues with auto-update. Thank you for your patience and continued support of WP Rocket.

Do not hesitate to leave us a comment if you have any questions about this feature.

[alert]Don’t forget to deactivate the auto-update feature BEFORE updating in 2.5![/alert] 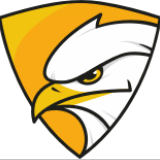 Creator of SecuPress, Julio is also co-organisator of WordCamp Paris. Compulsive speaker and WordPress expert, he's a specialist in security since 2002 and contribute to WordPress various ways.

I hope this can be a lesson to think things through better before implementing it.

With 18,000 customers you have a responsibility towards them.

This little auto-update "feature" has now wasted a lot of people's valuable time (first turn it on manually, now turn it off manually on all sites where we have WP Rocket running).

Nevertheless, thanks for the update and being open about it!

Do you think your 18000 customers will read this blog post? If someone just simply update without deactivating this feature, the site could lead to database error. Dilemma!

So before you release the 2.5 major version, I suggest you to release another minor version 2.4.4 which would strongly remind your 18000 customers to deactivate the auto update feature. Probably best to place huge notice on WP Dashboard. Cheers!

We know that a minor part of our customers read our blog posts :)

All our customers will receive a newsletter about why we disable the auto-update feature and how they can disable it before to release the 2.5.

I had no idea that this feature was actually causing the mysterious issue of some of my plugins suddenly being deactivated. I hope it's a valuable lesson to you guys, it caused me quite a bit of frustration.

Thanks for keeping us posted! Look forward to 2.5 and already unchecked my Auto-update.

Personally I don't like autoupdates at all, bc. I like my website much :) and have enough time to update everything manually and have everything under control ... I prefer this way, so I welcome this.
Anyway this is good experience for you ... I hope you will keep it in mind during adding new features (also double check if users really need that feature)
I saw your Trello, I hope you will not make another w3t monster from your clean plugin :)

Thank you for the open and honest announcement. It's refreshing to see, as opposed to the behaviour of so many companies who would just brush it under the carpet.

I personally have had no problems, but I do agree with Joseph in that a minor update with a nag message in the admin dashboard would be more thorough than an email which many won't read.

Like Peter, and many others, I prefer to update sites myself so I can make sure there are no unexpected results. So many times I've seen one plugin interfere with another and I'd rather update, spot a problem and fix it than have a client call me an ask why the add to cart button has stopped working on their eCommerce site. That actually happend to me yesterday, and it was my wife's site...

I don't enable this feature on my site, I can upgrade myself, and it will more stable.

With the auto update feature inevitably coming as a part of WordPress core, the choice to remove this from WP Rocket is a sound one.

BTW it's ManageWP, not WPManager ;)

It's okay guys, auto update is not really important for me since I always logged in to my site almost daily. And I always ensure the plugins were updated manually. What if every plugins were updated automatically and one developer made mistake which screw the backend? How do you know which plugin cause that?

Now you know how Frederick Townes feels. =) Chin up!

I really love Wp Rocket, Super fast it is as compared to other caching plugins, and you are constantly making its updates for better.
but it would be better if the Auto-update option should be their, it would be so much easier from their to update just in a click.

Hello,
Please, could someone be kind to explain me where i uncheck the Auto-update.

@Christian: You can do it manually from the Tools tab in the WP Rocket settings. If you have 2.5 or more, you won't find the option because we deleted it ;)

I think You should not disable the auto update mode because it very helps full for all. by the way if you do this there is something reason on that.

Good move by you also mentioning It in your post is really humble. We all can get to know how you do it. Thanks for this updated article !!