Trying to decide between Divi vs Elementor as the visual builder for your WordPress site?

When it comes to features and design flexibility, these are two of the top page/theme builders out there, and both let you create stunning websites without writing a single line of code. However, we’re not here to weigh in on their design merits. Instead, we’re focused on another important comparison – Divi vs Elementor performance.

Put simply, is Divi or Elementor better at helping you create a quick-loading WordPress site? After all, having a great-looking website is only half the battle – you also need it to load fast to offer a better user experience, improve your conversion rates, and maximize your SEO rankings.

To help you answer that question, we’re going to run some hands-on performance tests using Divi and Elementor. We’ll put each tool through several tests and try to compare their speed on a one-to-one basis.

Then, we’ll also run over a few other comparison points and then end with some tips for how you can speed up both plugins and cut your load times almost in half.

There are a lot of variables when it comes to testing Divi vs Elementor in terms of site speed. For that reason, before I get to the actual data, I think it’s useful to first set up how I’m running the tests.

In total, I’m going to test each tool in four different scenarios. Why four? Because I think this gives me the best chance to capture those variables and help you understand how Divi and Elementor compare in terms of performance.

In the first scenario, I’ll enable each plugin on my site and then create a basic design with just a single line of text. The idea is to see the basic load of each plugin, even before adding any of the widgets/modules.

In the second scenario, I’ll add some real content using modules/widgets. This is the tricky part because each tool has a different set of content elements.

To try to keep things as fair as possible, I’ll use equivalent widgets on each builder. If you’re curious, here’s what I’ll add:

For each of the two scenarios above, I’ll run two sets of tests:

This is a significant distinction because Divi does a good job of combining its own scripts by default, while Elementor doesn’t do much script optimization by itself. So, if you look at just the plugin by itself, Divi is usually going to look better when it comes to limiting HTTP requests.

However, you really shouldn’t hold this against Elementor because you can achieve the same file optimization on Elementor using WP Rocket (or even a free plugin such as Autoptimize).

For that reason, I’d recommend paying the most attention to the WP Rocket scenario, as this shows you what things will be like if you’re implementing WordPress performance best practices. It’s also a good illustration of how you can use WP Rocket to speed up both Elementor and Divi.

A few more housekeeping details before I show you the data!

First off, there are the page builder configurations themselves. I’ll be testing:

Beyond that, my test site is:

And to collect the performance data, I’ll use WebPageTest with the following configuration:

For reference, before installing either page builder or WP Rocket, my test site had the following details:

Now, let’s get to the data!

This first test is when I just added a single line of text using a text widget. The page is super basic – again, this is just to get a kind of “baseline weight” for each tool. This is what the page looks like:

Here’s the data when using just the page builder plugins (no WP Rocket):

You can see that Divi has much fewer HTTP requests. Again, this is because Divi does a good job of optimizing its scripts by default. On the other hand, Elementor’s page size is much lower – the difference is about 100 KB (and remember – that’s for a page without any real content).

You can see that Elementor still has a much lower file size. However, because WP Rocket took care of script optimization, Elementor is now equal to Divi in terms of HTTP requests.

Most importantly, you can see a large reduction in fully loaded time and LCP for both page builders, which shows you how WP Rocket can make a difference no matter if you’re using Elementor or Divi.

Now, let’s run a test after adding some content. Again, here’s what I added with each builder:

I doubt either page is going to win any design awards, but the two are virtually identical in terms of the modules that I used.

Here’s the data when using just the page builder plugins (no WP Rocket):

You can see the same story from the previous test – Divi has fewer HTTP requests, while Elementor’s page size is smaller (though the difference isn’t as large).

Just as with the previous test, you can see how WP Rocket can significantly reduce the HTTP requests that Elementor makes, bringing things pretty much in line with Divi (which WP Rocket was also able to reduce).

Most importantly, you can also see that WP Rocket brought big reductions in page speed for both page builders. Again, no matter which tool you use, WP Rocket can make a huge difference – in this test, it cut the load times in half for both Divi and Elementor.

Conclusions: Is Elementor Faster Than Divi?

In the end, I have to give the slight edge to Elementor in terms of performance because of its smaller file size. Put simply, Elementor just loads less weight by default. And even when you’re adding more content, Elementor is still likely to result in a smaller file size than Divi, though the exact results will depend on your specific design.

Out of the box, Divi does a better job at limiting its HTTP requests. However, as I mentioned earlier, I don’t think this is an important difference because it’s so easy to fix this issue in Elementor via a performance plugin.

Once you combine the scripts in Elementor using WP Rocket, it’s pretty much equal to Divi in terms of HTTP requests.

Choosing Between Divi vs Elementor: Key Features, SEO, and Price

While we think performance is one of the most important considerations when building WordPress sites, it’s not the only one. Here’s a quick rundown of some other important differences before we finish this post.

Earlier, I said that this wasn’t so much a post about features but more about performance. However, here’s a quick recap of the high-level feature similarities and differences.

Here’s what’s the same between both tools:

And here are some of the high-level differences:

Are Divi and Elementor Good for SEO?

In terms of the SEO implications between Divi and Elementor, you won’t notice much difference. Both tools will still let you control SEO settings via popular SEO plugins, and both load quickly enough that you won’t have any problems with page load times and SEO.

There are some convenience differences. For example, Yoast SEO just released a feature that lets you view/edit the Yoast SEO settings/analysis from inside the Elementor interface. This doesn’t change the features (which you could use with Elementor before) – it just makes it more convenient since you no longer need to go back to the regular editor to control Yoast SEO settings in Elementor.

Overall, though, you can rank WordPress sites built with Divi, and you can also rank sites built with Elementor, so you shouldn’t worry either way. There are far more significant factors for WordPress SEO than the page builder plugin that you choose.

How much do Elementor and Divi Cost?

Elementor is the only option that offers a free version, which instantly makes it a better option if you’re on a zero budget. Even with the free version, it’s still surprisingly flexible.

In terms of comparing Elementor Pro vs Divi pricing (via the Elegant Themes membership):

Additionally, Divi offers a lifetime license, while Elementor Pro only comes in one-year licenses. For a one-time $249 payment, you get lifetime support/updates to use Divi on unlimited sites, which is tough to beat from a value perspective.

How to Speed Up Elementor And Divi

Overall, Elementor seems to have a slight edge over Divi when it comes to performance. However, both Elementor and Divi can get you a fast-loading WordPress site as long as you implement other WordPress performance best practices.

For the easiest way to speed up Divi and Elementor, you can use WP Rocket. As you saw in the test data, WP Rocket can make huge improvements no matter if you’re using Elementor or Divi.

To recap, here’s the data from before and after implementing WP Rocket in both test scenarios:

So whether you decide on Elementor or Divi, install WP Rocket and enjoy a faster WordPress site.

Do you have any questions about Elementor vs Divi performance or how we configured our test environment? Let us know in the comments. 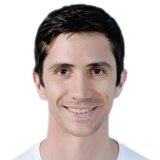 Colin Newcomer is a freelance writer who spends his days inside the WordPress dashboard. He lives a life of danger, riding a scooter through the chaos of Hanoi.

Hello, I would like to see a comparison between wpbakery and elementor, which of the two is better for the loading speed? Thanks!

I'm using Wp Rocket with Divi theme and there are so much cache issue.

Hi Mubashir, could you please reach out to our support team for help? We have many customers using WP Rocket with Divi without problems, so it's worth investigating it.

Hey Marcelo, from running other tests, I can say with pretty much certainty that Elementor would've looked even better in that scenario. However, I don't think it's really a fair comparison as Divi's theme is an actual standalone theme and Elementor Hello is just a blank canvas for you to use with Elementor Pro.

Would have loved to see same test with oxygen builder?

Thanks for your comment! We're working on new performance comparisons :).

Hey, nice article ! Please add a comparaison with a good theme builder like : thrivethemes , that woudl be nice !

Colin, Did you used the latest DIVI (version 4.7)? If not, many have said that it is 200-500% faster than the previous version: https://www.elegantthemes.com/blog/theme-releases/divi-builder-performance

An important factor, form a development pov is speed in development. Divi is much faster to develop than Elementor. It's also less buggy. Sometimes elementor feels like I'm wrestling a rhino.
At the end of the day, the theme has a negligible impact on performance. Images and external scripts will bog a site down more than anything else. I've developed Divi websites that get an AA on GT Metrix and load in about 1 second, but then the client uploads 24 15mb image and adds a facebook, Instagram and twitter widget with an external live chat, ads, yotpo, pixel, google analytics and another 15 plugins that they don't need and then complain about the hosting being slow. When you try to tell them it's the images and external scripts they don't believe you because the image is only the size of their phone screen and Facebook seems to load fast for them ¯\_(ツ)_/¯

Divi released a speed-related update a day or so before this article was published. Which version of Divi did you use for this comparison?

I used Divi Builder Version 4.7.7. I'm not sure how that compares to versioning on the Divi theme itself.

Latest Articles of Themes & Plugins
Subscribe to Our Newsletter