When your business tagline is “Amazingly fast hosting” and you promise customers extreme performance that will cut their response time in half, you’ve got to deliver. After all, customers are going to scrutinize the heck out of your website. And if it’s slow, it’s game over.

For Norwegian-managed hosting company Servebolt, there’s also the added obstacle of location and added latency due to distance when trying to win over customers in far-flung parts of the world, such as the U.S.

So earlier this year, with the GDPR deadline fast approaching, the Servebolt team got to work updating their website and processes to meet the GDPR rules, but also used took the opportunity to make performance improvements to their site.

Their improvement works, which CEO Erlend Eide details in his fantastic post How we used GDPR as the opportunity to speed up our websites, reduced their page load time from between 4-5 seconds to around 1 second.

Let that sink in. That’s a huge 75% reduction in loading time.

I highly encourage you to read Erlend’s post and learn more about how his team used simple techniques to boost the speed and performance of their site.

Today, I want to share with you the techniques that Servebolt used to improve their site’s performance, as well as an interview with Erlend in which he shares insights into the thinking that went into the project. 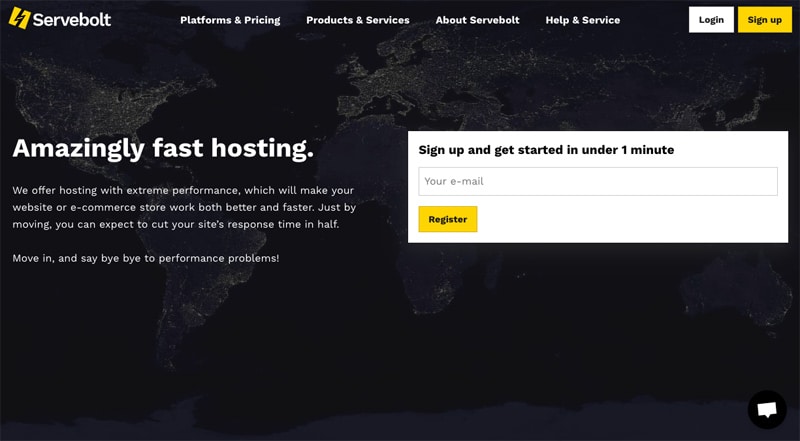 How Servebolt Increased Site Performance for an International Audience

In order to improve the speed of their site and better serve a growing international audience, Servebolt put in place the following techniques:

Last year, 15% of Servebolt’s traffic was international, with the rest from Norway. This March, international traffic account for more than 66% of traffic.

Why? After originally launching as Servebolt.no launched in July 2017, and extending it with Servebolt.com in November 2017 and Servebolt.se at the beginning of 2018, the new sites were attracting more traffic and new customers.

With these changes in traffic patterns, Servebolt found two DNS-related issues they needed to fix:

So over Easter, Servebolt switched to a new DNS provider that offered the features they needed.

With most of their traffic coming from Norway, Servebolt had no need to use a CDN. And since their web pages typically had an uncached performance of less than 250 ms, local visitors’ speed needs were being met.

As Erlend explains, one of the most common problems with site performance is Time To First Byte (TTFB), which can be caused by high latency on the client-service network connection and increases with physical distance.

When you add a CDN to the mix, latency is added to the TTFB of dynamic content. So in order to better serve content to international visitors without too much added latency, Servebolt added Cloudflare along with its Railgun technology.

Railgun is designed to speed up the delivery of non-cached web pages. While Cloudflare at its most basic automatically caches around 65% of the resources for a web page, 35% of this content can’t be cached because resources are dynamically generated or marked as “do not cache.” This 35% is often the initial HTML of a web page that is downloaded first.

What Railgun does is speed up serving this remaining 35% of content by opening a secure, tunneled connection between the Cloudflare network and the host’s origin server. Since a website’s HTML markup generally doesn’t change very much from one request to the next, instead of transferring the entire request between Cloudflare and the origin server, Railgun only transfers the markup changes. This reduces bandwidth usage, transfer time, and overall page load times.

Once Servebolt had added Railgun, they saw latency reduction of more than 1 second when measured from the most remote places on Earth.

Tags and the third-party services they feed information back to can provide incredible insight into your users and help deliver advertising. But they can be a huge drain on page speed.

According to a recent Pingdom survey, the average number of tracking tags increases the average page load time by 6.77 seconds.

Most tags rely on JavaScript to track activity, which means every time you add a new tag to your site it’s another HTTP request to a third-party server that’s outside your control. Services such as Google Analytics, Facebook, Adwords and more all ways to place scripts on your site, and the added latency adds up quickly.

When Servebolt reviewed the number of scripts across their site, they discovered they had added 9 different services in just 6 months. So they removed any that were non-essential, getting rid of most, and consolidated others into few scripts. For some other scripts, they added them to pages selectively instead of site-wide.

With fewer scripts tracking visitors, not only did they improve the speed of their site but were also able to better protect their visitors’ privacy. 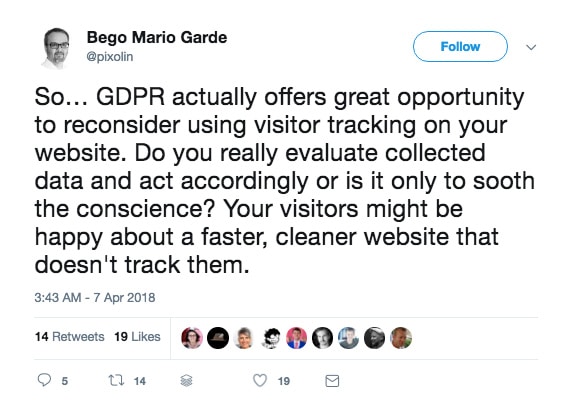 “In our opinion, every programmer or front-end developer with a little respect for his own profession should spend more time on becoming a better coder. Bugs and overuse of resources are what is making the internet slow. Computers are fast, but with today’s insane use of libraries, plugins, and extensions things easily can get out of hand.”

With that in mind, the Servebolt team scoured their site for PHP, HTML, CSS and JavaScript bugs, using the W3C Markup Validation Service to identify errors in pages. They fixed about 46 warnings and errors just on their homepage, which resulted in a faster and snappier rendering and display of the page.

Achieving a 75% Reduction in Page Speed

The simple techniques above helped reduce page load time to around 1 second. This speed boost has not only resulted in a faster site, but also a great number of conversions for the company.

1. What is Servebolt? How is it different from other hosting providers?

Servebolt provides high performance managed hosting for WordPress and WooCommerce. What makes Servebolt stand out is the extreme capability of real-time processing power. This means both website visitors, shop managers, and WordPress admins get a much faster experience than the other hosting companies can offer.

2. Since you implemented the performance improvements, have you noticed any changes in conversions? Have existing or potential customers noticed the speed difference?

A faster website will always result in growth and we have seen an increase in new clients internationally. Data for decision making is very important to us. When it comes to performance, the benefits are well-documented and obvious. Faster performance results in a better user experience and increased conversions.

People tend to compare the speed of our website against their own. It’s like comparing apples to pears but, nevertheless, this means that having a super snappy response from our website is important to us.

The performance improvements were well documented in our article about how we used GDPR to speed up our websites and since then we have onboarded a steadily increasing number of international customers, both in the Americas and in Europe.

Many visitors tend to tell us that our website is very fast. We are still not happy though. We still use some external services, like our chat widget, which is the primary source of delay when loading our pages. Because we strive to practice what we preach, we are currently working on the next version of our website, which is better coded and will deliver even faster performance than our current site.

3. Why is it important for companies like yours to provide faster speeds for international customers? With your services based in Norway, do you have to work harder to win customers in bigger markets like the U.S.?

We currently provide hosting locations in the US, Netherlands and Norway. Because our key selling point is faster performance, it is crucial that the first impression our potential customers get stands out compared to their other options.

All WordPress and WooCommerce sites (and also all other web applications) share the same issues with performance and scalability. There are differences in the maturity of markets in terms of performance, how people measure, and the basic requirements for making performant web pages.

For Americans, using a CDN is a good move because the geographical area visitors come from is huge. In Europe, the benefits of CDNs are not always that obvious if visitors are primarily in local markets and in close proximity to the hosting location.

Servebolt’s performance speaks for itself in the U.S., so the key difference and biggest challenge for us Europeans is to meet the support and service expectations the way Americans are used to.

4. Now that you’ve implemented these performance changes, have you put in place a plan for routinely tidying up scripts, fixing bugs, and tweaking your CDN?

The background for the work we did was primarily the GDPR. We have implemented a periodic review of the full GDPR process and requirements. This includes technical aspects like scripts and assets on our websites.

Apart from that, we are completely obsessed with web performance and will always keep on improving the speed and user experience for our clients and website visitors. As I mentioned, our team is working on a new site, with even more speed improvements than our current site. Our goal is to have a global uncached response time, including latency, for our site below 250ms.

Thank you to Erlend for taking part in this interview. If you have any questions for Erlend about how Servebolt improved the performance of their site, please leave a comment below. 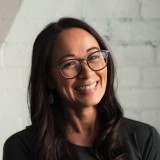 Wonderful article, I'm a WPRocket customer and this post is going to be very helpful, thanks :)

Latest Articles of Non Classe @EN
Subscribe to Our Newsletter